E-paper/bistable displays have the ability to sustain the display content even without the supply of power, so initial idea I had was to build something like a clock, only powering the display when updating it every minute.

Normally, the baseband board and the display/keypad pcb are connected with a 32-pin connector (exact model unknown). Luckily there are pull-up resistors and capacitors for every needed signal, so I decided to solder some wires there, instead of directly to the connector. The schematics of this phone are floating around the web (just search for f3_schem.rar). 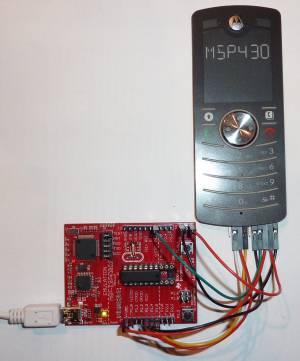